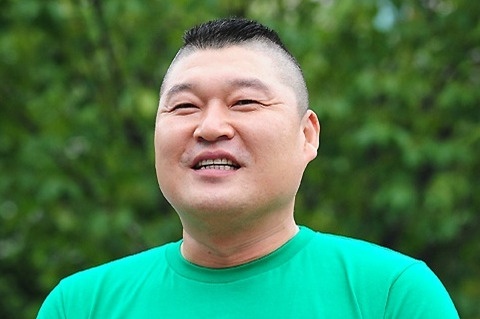 This source also told that particular scenes like Kang Ho Dong’s funny sit ups and Lee Soo Geun‘s failed attempt at Jegichagi (shuttlecock kicking) put a big smile on Kang Ho Dong’s face. Kang Ho Dong told another source after the last episode of “1 Night 2 Days” ended, “Although I wasn’t shown in the screen with them, I was there with them in spirit. I’m sorry that I couldn’t be there as the ‘big brother,’ and very grateful to have my ‘1 Night 2 Days’ members and fans who have given me so much love and trust.”

Kang Ho Dong
How does this article make you feel?