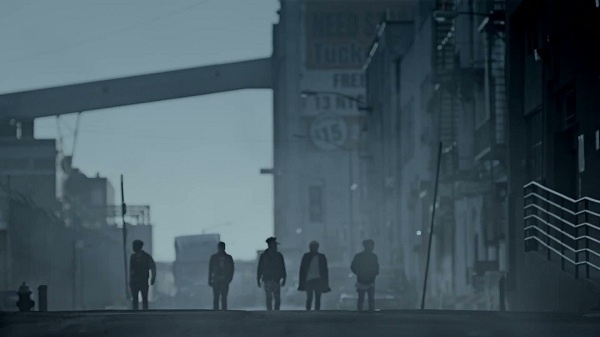 BIGBANG’s latest music video for “Blue” has earned the group two gold medals from YouTube. The online video site has a system of rewarding gold, silver, and bronze medals to videos uploaded on its site under three different categories that include, “All Time Most Popular, “Recently Most Popular,” and “Trending.” The medals are given based on total views and the number of “likes.”

BIGBANG’s “Blue” won gold medals in the “Recently Most Popular” and “Trending” categories, after it received over 8 million views in less than five days since its release on February 22. It resulted in the “Blue” MV showing up higher than Taylor Swift and Zac Efron‘s duet video.

Their explosive popularity has also led to a spike in online sales, as “Blue” easily topped (and still is) all the major online music download sites, including Melon, Cyworld Music, Soribada, Olleh, and Mnet.

After the release of “Blue” on February 22, BIGBANG has been unveiling short teasers of the rest of the album every day. The teaser to Daesung’s solo track, “Wings,” will be revealed tonight at midnight. BIGBANG’s fifth mini album is scheduled for release on February 29. Meanwhile, the group will kick start their “BIGBANG ALIVE TOUR 2012” in Seoul from March 2 to 4.

You can check out the MV and full review of “Blue” at our special event page here!

BIGBANG ALIVE TOUR 2012
Daesung
Wings
How does this article make you feel?