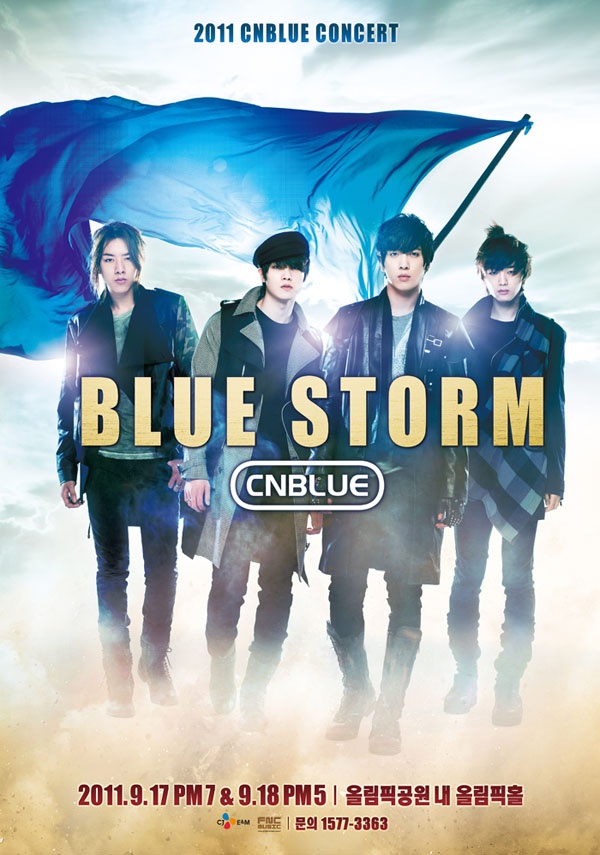 Thai fans showed how much they loved CN Blue with the successful Bangkok stop of the four-man band’s “Bluestorm” concert tour. “Bluestorm” Bangkok not only entertained the 10,000 fans in attendance, but also doubled as an opportunity to be a channel for charity.

CN Blue rocked the Impact Arena on February 25, finally meeting their fans who waited patiently after the concert was postponed from its original November 19 date because of the floods. CN Blue lit the stage with “I’m a Loner,” “LOVE,” “Intuition,” and their other songs, performing a total of 24 songs for the night. In particular, CN Blue played their Japan major releases “In My Head” and “Where You Are” to resounding reception.

Prior to “Bluestorm” in Bangkok, CN Blue’s various costumes were put on auction to help raise funds in aid of the flood victims. At the pre-concert press conference, proceeds from the auction were revealed to have been turned over to the Princess Wave Foundation and the Thai Red Cross Society.

“Because of the Thai floods, our concert here was postponed and that saddened our hearts. We hope this was a way to give back to the Thai people for the support,” CN Blue members said, according to local news agencies. “Our donation to the flood damage will hopefully help them a little bit.”

Meanwhile, CN Blue will take “Bluestorm” to Taipei and head back to Korea to begin full-fledged preparations for their comeback album release.

Bluestorm
How does this article make you feel?