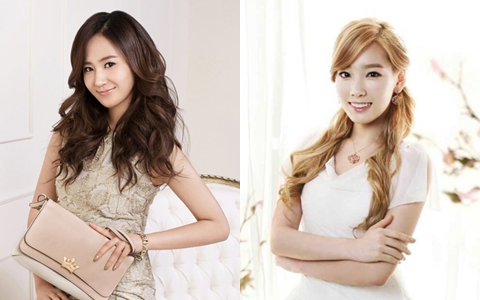 Recently, a video titled “A Surprised Yuri Who Tried to Fix Taeyeon’s Wardrobe But Ended Up Almost Taking Off her Shirt” was uploaded to various internet communities, surprising netizens.

In the video, Yuri and Taeyeon are performing at one of their Girls’ Generation concerts, wearing a white top decorated with fringes at the ends. Taeyeon was mid-dancing when her fringes crept up her shoulder. Yuri saw and tried to fix Taeyeon’s fringe; but unfortunately, as she grabbed the fringe, she accidently pulled down the rest of Taeyeon’s shirt, exposing Taeyeon’s shoulders.Taeyeon jokingly glared at Yuri, and an embarrassed Yuri laughed as she looked away.

Netizens who saw the video commented, “They have such a great friendship. Thank you Yuri nuna,” “They’re both so cute! “ “I cracked up when Taeyeon and Yuri’s shocked reactions,” and more.

Girls' Generation
Taeyeon
Yuri
How does this article make you feel?