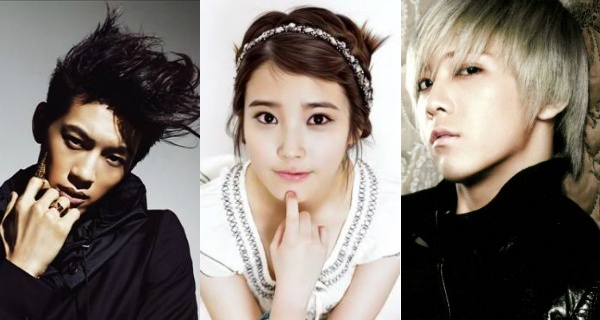 Se7en and Lee Hong Ki Console IU for Her Mistake

IU should stop feeling bad about her mistake on SBS’ “Inkigayo” now that both her seniors Se7en and Lee Hong Ki of FT Island have sent her support messages.

As earlier reported, IU had mistakenly said, “Congratulations, Se7en” instead of awarding the “Inkigayo” Mutizen to FT Island on the February 26 show. The young singer had already written an apology right after on her me2day account.

In response, FT Island’s lead singer had readily defended IU on his Twitter account (@skullhong), saying “Don’t give IU a hard time for her mistake. I have also made many mistakes.” On the other hand, Se7en wrote on his me2day account, “Ladies and gentlemen, IU, we are both cute guys, me and FT Island. Everything’s all right. Everyone, have a good night.”

IU
Lee Hong Ki
Se7en
How does this article make you feel?