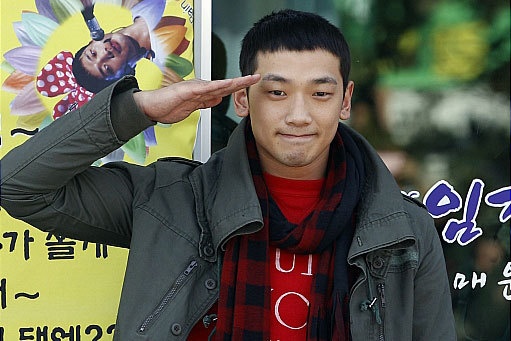 Rain’s latest photos from the military have somehow made its way to online communities. In the photos, Rain is seen wearing a beret and the Korean military uniform, seeming slightly slimmer than he was at the time of his enlistment. In particular, his playful facial expressions and relaxed look have sparked the most interest from netizens, as he looks both cute and sexy at the same time.

Netizens who saw the photos commented, “Rain’s appearance is always in his prime,” “He’s in the army but he still looks like a celebrity,” “Your facial expression is too sweet.”

Meanwhile, Rain joined the Korean Army last October and has been stationed as the main instructor at the bootleg camp. He’s recently been relocated to the National Defense’s Promotion Unit as a star promotional soldier, where he’ll be in charge of organizing and running special events for the military.