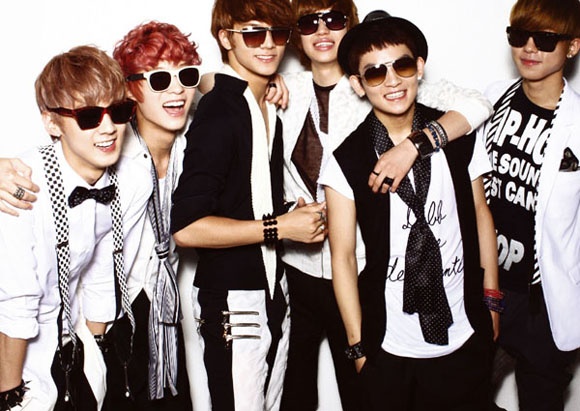 The other photo, shows little Changjo in a classroom. He wrote, “I saw a picture of me in my school yearbook, looking like I’m dancing in the classroom haha. Here he is, showing an extraordinary interest in dancing since elementary school, little Changjo ^^ (shy shy).”

While on C.A.P’s picture, we can see him posing and smiling timidly at the camera. He wrote, “Young and model student, C.A.P. He was so shy ^^”.

Netizens replied quickly to the pictures stating, “These pictures follow the previous pictures uploaded from members L.Joe and Chunji,” “This proves he (Changjo) was talented since elementary school,” “These pictures are so cute,” “Boys from heaven, so lovely.”

In related news, Mnet WIDE uploaded on their official Twitter a series of historial pictures of Teen Top’s members and will give the autographed item to one lucky fan. The show of “The Secret Island” is already on its third broascast and it airs every wednesday at 5:00PM.﻿