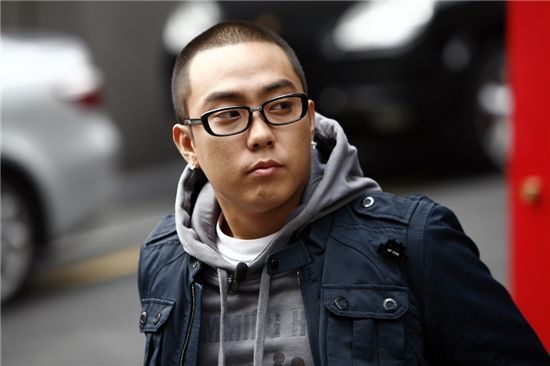 Eun Ji Won Opens Up about His Relationship with His Aunt, Politician Park Geun Hye

On the most recent episode of KBS “Win Win,” Eun Ji Won openly talked about his relationship with his aunt and famous politician Park Geun Hye. Eun Ji Won said, “I don’t know anything about politics. I don’t know who’s right and who’s wrong, but as a family member, I’m always on my aunt’s side.”

There has been many speculations about how Park Geun Hye’s position as a famous and influential politician has helped Eun Ji Won’s entertainment and singing career. Eun Ji Won denied such speculations saying, “Many people think that having an influential politician as an aunt would give me some kind of privileges. That’s not the case at all. It’s a rather difficult situation for me to deal with as I have to be cautious and behave in politically sensitive times.” He added, “It’s not like she’s producing my albums or casting me on shows.”

Although Park Geun Hye’s political career does not affect Eun Ji Won, she has been supportive of his career all along. Eun Ji Won commented, “I think she is being considerate as she doesn’t take up political issues with me. She prefers talking about ‘1 Night 2 Days‘”

On the show, Eun Ji Won also showed great respect for his aunt. He said, “It must be hard to be a politician as there are a lot of things to deal with. I respect her for what she does.”