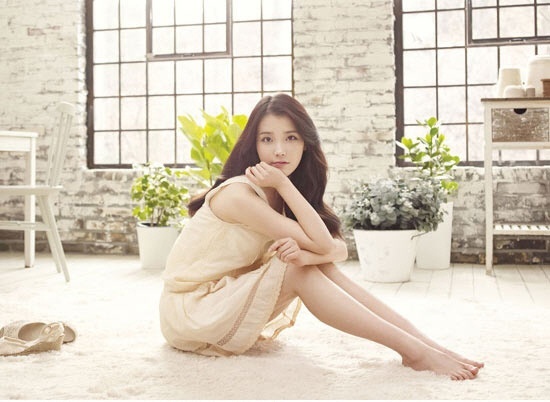 Music
by R. Ramirez
Ahead of IU‘s release of her debut single-album on March 21, her music video for “Good Day” was posted online today.

Her Japanese single-album, also titled “Good Day,” will be available in three different versions. “Type A” will sell for 2,300 yen (about 29USD) and includes a CD, DVD and a photo booklet. The DVD has “Lost Child,” “Rain Drop,” “Good Day (Japanese Version),” and “Last Fantasy.” The “Type B” version includes a CD and a DVD with the “Good Day” music video and behind the scenes footage. Finally “Type C” is the CD only version, but also includes a sticker. Anyone who buys a CD has a chance to be entered into a special event.

The song “Good Day” was originally released in December 2010 as the title track for IU’s Korean EP “Real” and was a huge hit song for her. Many people remember the song through the amazing “three octave” long note nearing the end of it.

Previously in February IU released her music video for “Last Fantasy” which showed off her Japanese showcase and clips of her traveling the streets of Tokyo. The showcase took place on January 24 at the Bunkamura Orchard Hall in Shibuya, Tokyo to publicize her Japanese debut.