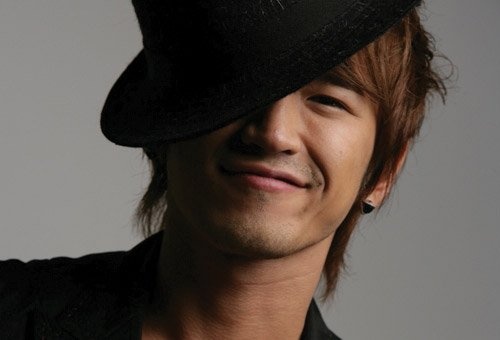 The last member of Korea’s longest lasting idol group has finally returned to society! Lee Min Woo of Shinhwa was discharged from active duty on the morning of the second at Seoul Station’s auditorium. He had worked as a social service personnel since February 2010 .

On this day, Lee Min Woo he appeared wearing a black leather jacket and received many congratulations and cheers from over 200 fans that had been waiting since the wee hours of the morning.

Fans had brought banners with statements such as “We kept our two-year promise. Welcome back, oppa” and “We congratulate the discharge of Lee Min Woo who wreaks of cool,” and celebrated Lee’s return to society.

On this day, Lee Min Woo expressed his excitement for Shinhwa’s comeback. He stated, “Since 1998, we have received a lot of love through each member’s individual battles, but I would like to call this comeback Shinhwa’s second takeoff.”

He added, ”It is, of course, very burdensome to be promoting again after a hiatus. However, we will not be conforming to the changing trends, but are instead happy just to be together again. I think news of our comeback will be pleasant to those who have experienced the scent of our music. I am proud that we were able to reunite with all the original members.”

Shinhwa will be having a live stream press conference on March 5, 3PM KST. The group will also be releasing its much-awaited 10th album later this month. Also, to celebrate the group’s epic comeback, as well as its 14th anniversary, Shinhwa will be holding two consecutive concerts on March 24 and 25 at the Seoul Olympic Stadium.