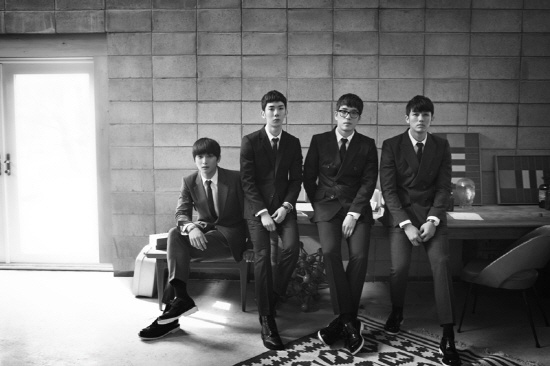 2AM Reveals Fashion Cut that Coincides with Upcoming Album

2AM revealed pictures on March 2, that were part of a collaboration with the creative director Han Sang Hyuk. The pictures fit in with the concept of 2AM’s upcoming album “Fitzgerald Type of Love Story.” Fitzgerald refers to Francis Scott Key Fitzgerald who wrote “The Great Gatsby.” “The Great Gatsby” is considered one of the paradigm writings of the Jazz age.

Han Sang Hyuk said of the photoshoot, “The most difficult part of the photoshoot was trying to figure out how to express through fashion, a man whose chest has a hole now because of an ex-lover. After much deliberation I decided that a direct silhouette would be the best to express a hurt man. With hints of wool and leather I tried to give it a minimal and modern feel.”

2AM will comeback with “Fitzgerald Type of Love Story” on March 12.

2AM
Han Sang Hyuk
How does this article make you feel?