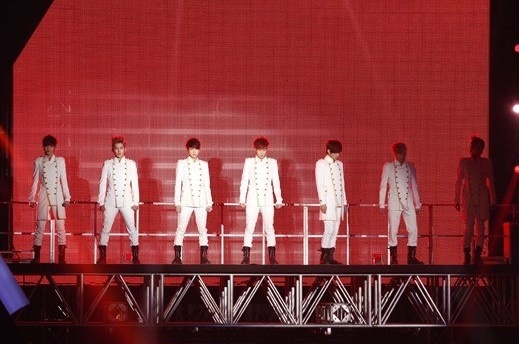 Infinite’s popularity just continues to grow as they sold out their fourth consecutive concert! It was reported on March 2 that the seven-member boy group has sold out all tickets to its encore concert, “Second Invasion – Evolution,” which is scheduled to take place on April 2 in Seoul. This marks yet another sell-out concert for Infinite, who started its streak from September of last year with its very first concert in Japan.

Last September, Infinite shocked industry officials by selling out all three of their first-ever concert in Japan. They followed up with another sellout crowd in Seoul on February 11 and 12. Two weeks later, they saw all 15,000 seats to their concert in Tokyo sell out again, adding fuel to their growing popularity.

For this encore concert, 10,000 tickets were sold shortly after tickets were made available, as more than 150,000 fans were reported to have rushed to their ticketing site.

“It’s not easy to sellout the size of a gymnastic stadium, especially when it’s an encore concert. Infinite is quickly growing into one of the most popular groups in the live concert field, based on their powerful dance and solid singing ability,” an official of the organizer said.

Check out a video from Infinite’s first Japanese live concert below!