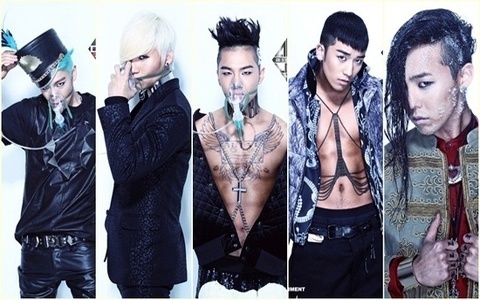 To commemorate the momentous occasion, fans donated heart-warming gifts of briquettes and rice. The donation was made by many international fan websites worldwide from over 80 countries including Malaysia, Singapore, Kuwait, the Philippines, China, Japan, and more.

In total, fans donated over thirteen tons of rice and 2,500 briquettes. To continue the motion of good will, all the donations will be given to charity. According to YG Entertainment, this was the greatest amount of rice donations received in all of YGE concert history.

BIGBANG recently made its highly anticipated comeback, and its music video for “Blue” had over 8 million views in a matter of five days. YouTube recognized the great feat and awarded BIGBANG two gold medals for the “Recently Most Popular” and “Trending” categories.

BIGBANG will be working in conjunction with concert production company Live Nation who is famous for working with world famous artists such as Lady Gaga and Madonna. The group will have a total of three concerts in Seoul from March 2 to 4.