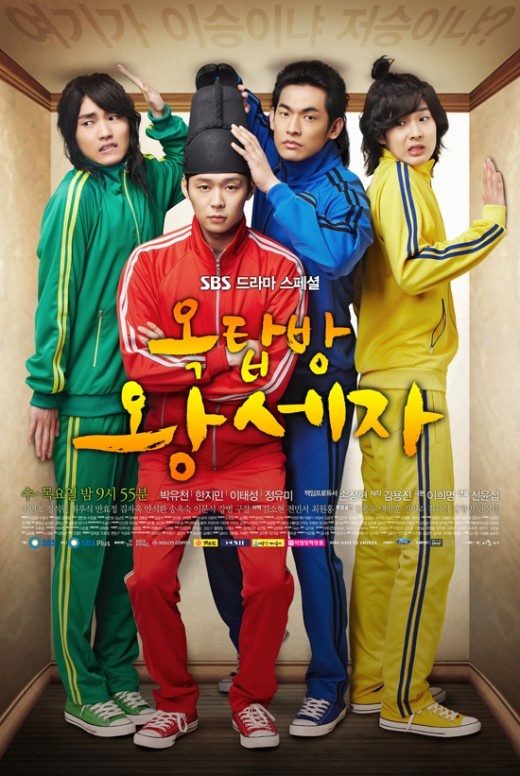 Drama “Rooftop Prince” which is in the midst of promotions, starting with the release of the official posters a few days ago, just unleashed the first official trailer for the series.

When the trailer was released today it appeared as the number one searched term in search engine portals.

One of the reasons why “Rooftop Prince” is highly anticipated is because of its star-studded cast consisting of singer and actor Park Yoo Chun from “Miss Ripley” and “Sungkyunkwan Scandal,” Lee Min Ho from “The Moon That Embraces The Sun,” actress Han Ji Min from “Capital Scandal” and “Padam Padam,” actor Choi Woo Sik from “Live In Style” and Jung Suk Won from “Ojakgyo’s Brothers” and “Midas.”

“Rooftop Prince” is a fusion sageuk combining the elements of an historical drama and a regular drama. It tells the story of Crown Prince Lee Gak (Park Yoochun) from the Joseon era, and his court of noblemen who cross over the modern world when his loved one, Park Ha (Han Ji Min) unexpectedly dies. He jumps 300 years in time to find her reincarnation.

Will she remember him?

Without further ado, check out the trailer below.

The trailer reveals the moment when Crown Prince Lee Gak finds himself in a strange and somewhat noisy world.,”What is this place?” At the end of the trailer, Park Ha says, “Whether I’m alive or dead, and even if 300 years passed, I still remember you.”

Meanwhile, “Rooftop Prince” will premiere on March 14 and will compete against Lee Seung Gi and Ha Ji Won’s “The King2Hearts.”

Stay tuned to Soompi for more on “Rooftop Prince!”