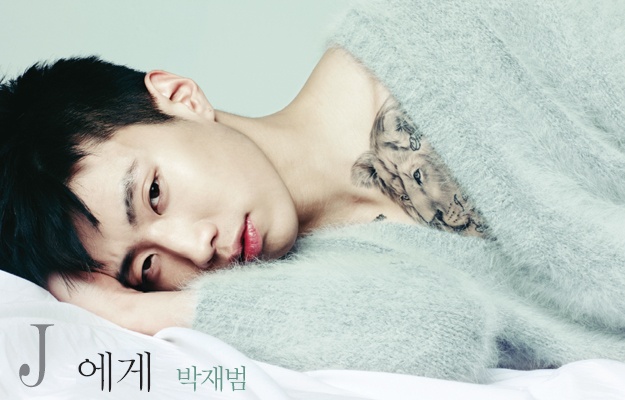 The set of pictures show his sexy and charming side. The white and immaculate skin of Jay Park give us a glance at Jay’s fit body and also we get to see a new lion tattoo on his chest.

The last pictorial made for High Cut included a new version of Jay Park with blond hair and posing in a sexy manner showing off his tattoos over his body. That time, the newest tattoo was one on his left arm with a face in the middle, a Korean flag on the right side, and the Space Needle (representing Seattle) on the left. In the other photos, fans could see the older tattoos, like the stars on his neck, an arrow behind his ear, and various phrases on his back, chest, hand, and arm.

This new pictorial shows off his newly made lion tattoo over the previous phrases he had tattooed on his chest. He tweeted the picture days ago and said: “Heart of a lion, unbreakable spirit.” It definitely displays how strong and mind-focused he is.

Check out the new pictures and the old pictorial for High Cut down below!

High Cut
Jay Park
New Breed
How does this article make you feel?