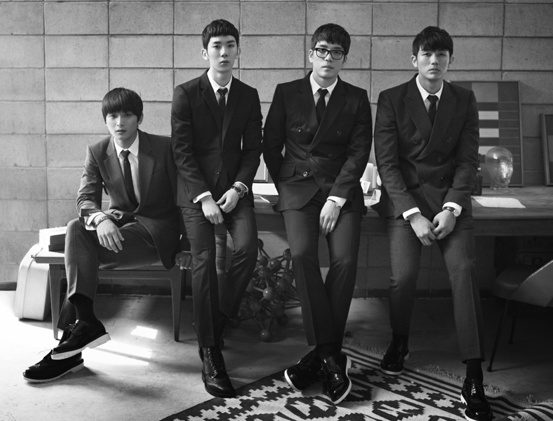 2AM’s New Mini-Album to Get an Analog Version

2AM, set to stage their Korean comeback on March 13 with the release of a new mini-album, will also release an LP (long-playing) version of it in June. According to reports from local news agencies, the vinyl treatment of the mini-album “F. Scott Fitzgerald’s Way of Love” will evoke nostalgia and appreciation for the analog.

Because there are no producers of LPs in Korea, the records were imported from the United States. The production of vinyl records is also five times more expensive than CDs and took more than eight weeks. The LP version of “F. Scott Fitzgerald’s Way of Love” goes on sale on June 15.

Meanwhile, the CD version will be available on March 13, with the tracks available for download a day early, March 12.

2AM has been active in Japan in the last months, since the release of “Saint O’Clock” mini-album in November 2011 and the full-length “Never Let You Go” in January.