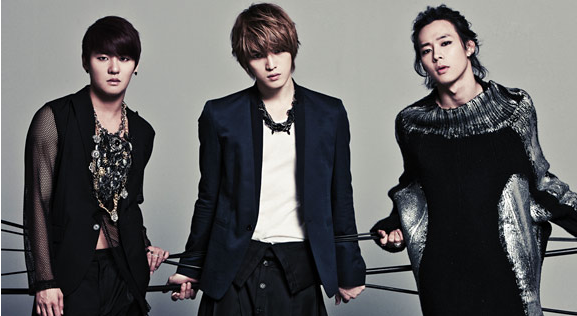 Recently an audio file of JYJ’s Jaejoong and Yoochun verbally and physically abusing fans was uploaded on an online board. In the audio file, Jaejoong can be heard swearing at sasaeng fans (a term used for fans who try to know about every single aspect of an idol’s life to the degree of stalking).

Sounds of Jaejoong hitting the fans, as well as the whimpering of the female fans were also recorded in the audio. Yoochun’s voice can also be heard saying profanities to the sasaeng fans, as well as Junsu’s voice of exasperation toward the fans.

The file is said to have been back from 2009, just about the time DBSK was at the brink of its collapse. The audio was said to have been recorded when fans were following the three members who were on their way to a drinking occasion.

Coincidentally enough, at the moment JYJ is out of the country for their concerts in Chile and Peru. JYJ representatives have just stated that “it’s difficult to understand and grasp the details of the event because the members are out of the country.”

Although there were netizens who commented along the lines of, “They must have exploded after having been patient for a long time. How bad it must have been for them to react that way,” in JYJ’s defense, the vast majority of comments stated, “Sasaeng fans are still their fans. Can they treat their fans like that?” as well as “No matter the situation, violence is never acceptable.”

There were also others who voiced, “Whether it’s JYJ or its representatives, I hope they reveal the full account and truth about the story soon to prevent this incident from exploding into an even bigger issue.”

Soompi will continue to post news updates regarding this issue and will treat it in the most objective and respectful manner possible. We ask that our readers will do so as well.