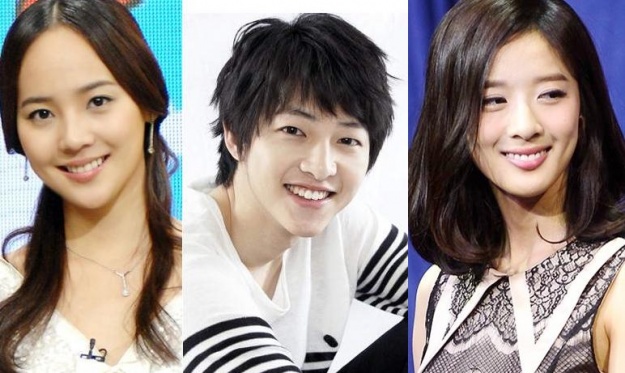 Song Joong Ki and Eugene worked as honorary celebrity civil servants at a tax office in light of “Taxpayers Day.” “Taxpayers Day” is celebrated every year on March 3 to raise awareness of the tax system.

On March 6, Song Joong Ki and Eugene worked at the Seoul Yongsan tax office and the Seongdong tax office, respectively, as the chief of honorary celebrity civil servants. They each had their own desks in the office and volunteered to help and guide citizens with their tax affairs.

Song Joong Ki, who earned great popularity through the younger role of King Sejong in the hit drama, “Tree With Deep Roots,” was also highly popular at the tax office in Yongsan. Even the other civil workers and government officials brightly welcomed Song Joong Ki into their office. Song Joong Ki stated, “When I was in university, I always thought the tax laws were difficult to understand. However, I will try my best to be a good civil servant today.”

People have reported that Eugene also did a great job in volunteering. They say that a smile never left her face as she tried her best to help the citizens. Actress Lee Chung Ah also worked as an honorary celebrity civil servant in the tax office of Ansan.

We applaud these three celebrities for helping out their communities!