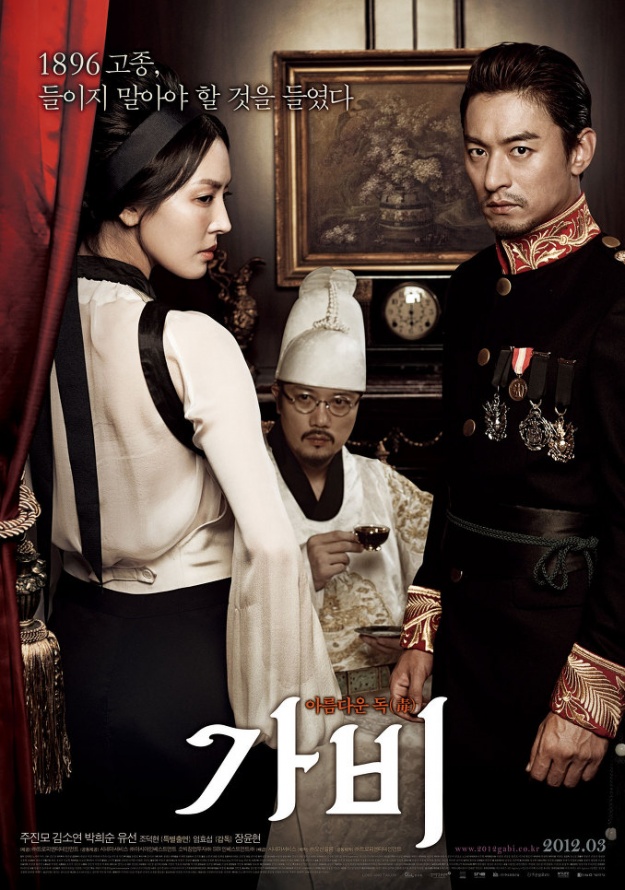 On the evening of March 6, the VIP premiere of “Gabi” was held at the CGV theaters in Seoul.

“Gabi” (or “Russian Coffee“) is a historical mystery thriller about Illichi (played by Joo Jin Mo), who is Russia’s best sniper and dual spy, Tanya (played by Kim So Yeon), who is a barista as well as the possessor of the key to Kim Gojong’s assassination, Sadako (played by Yoo Sun), who has left her home country to live in Japan and Gojong (played by Park Hee Soon), who is the last king to reign and the first king to ever taste coffee in the Joseon era.

Soul songstress ALi gives off an elegant look in a long, dark tan coat with a funky silk scarf.

Girl group Chi Chi make rounds at the premiere in their best fashion.

Hong Suk Chun is said to be donning “idol fashion” on this night – check out that huge gold chain and those metallic silver kicks!

Jang Dong Gun was the talk of the night – he looks like he lost some weight but it may be because of the black/dark gray attire.

Actor Jin Goo looks like he’s ready for spring in his Burberry coat.

Park Si Yeon gives a seductive glance at the cameras as she poses in her pink, high-waisted shorts and her multi-colored, open-toed heels.

Check out the day/night outfits for the leading lady, Kim So Yeon!