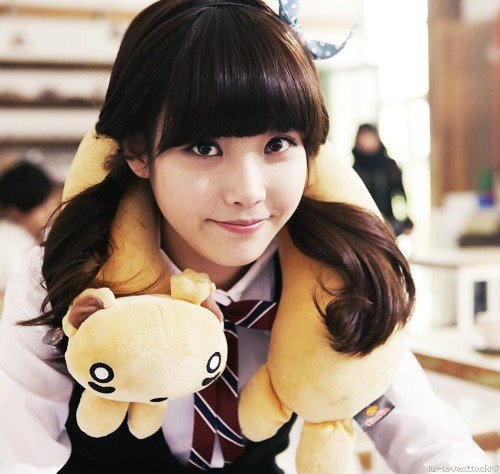 Singer IU, who turned 20 this year, has gained a nickname, “Child,” for her short height. On March 6, an online community board posted screenshots from KBS2’s “Music Bank.” It gained a lot of attention because IU looks so much sorter than Uee or Lee Jang Woo.

In the first screenshot, IU pops up in front of the emcees, Lee Jang Woo and Uee while they are introducing themselves. The second screenshot shows IU standing behind the emcees with her face peeking out in between them.

Many netizens who have seen these screenshots commented, “IU is so cute,” “She looks even cuter standing next to Lee Jang Woo,” “She’s a real child” and “It’s even funnier because her face expression is so bright (like a child).”