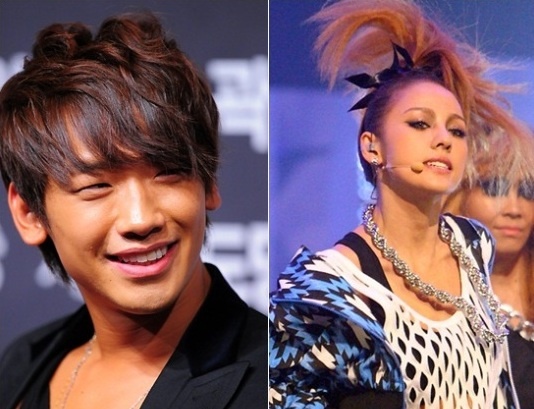 Most old school K-Pop fans know about the sex rumors between Lee Hyori and Rain. It first surfaced in the early 2000s, when it was rumored that Rain had bragged about his one-night stand with Lee Hyori on a live radio show—without being aware of his voice going on air at the moment. Rain supposedly was connected by a phone call for the show, but mistakenly spoke about his personal love life while being on air.

The rumor remained the longest mystery among K-Pop fans as no evidence was found or revealed on any of the fan communities. Neither Rain nor Hyori addressed the rumors, further deepening the problem with more speculation and assumptions by fans.

On March 8, Hyori finally opened up about the one-night stand allegations with Rain on KBS “Happy Together 3.” While talking about all the rumors she had to endure through her career, Hyori nonchalantly said, “There weren’t many absurd rumors. In fact, most of them were true. But the scandal with Shin Dong Yup and the rumors about Rain were absolutely false.”

She explained, “As you all know, there is no radio show that calls someone, without getting the call set up prior to going on air. There’s no chance of speaking without knowing you’re on air. It was just really frustrating.”

Netizens who saw the show commented, “Finally, that rumor is proven wrong,” “I wish Rain was on the show, too,” and “The longest K-Pop mystery has been solved.”

Happy Together
Lee Hyori
Rain
How does this article make you feel?