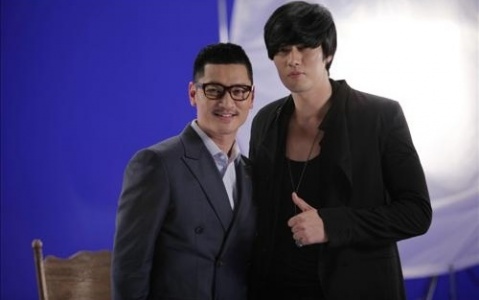 Bobby Kim and So Ji Sub to Duet for Mini Album

Bobby Kim’s entertainment agency revealed on March 9 that he and So Ji Sub would be doing a duet for So Ji Sub’s upcoming mini album. So Ji Sub will rap while Bobby Kim will sing.

Bobby Kim spoke of So Ji Sub’s rapping, “He has a rhythmical rapping style and his musical knowledge is extraordinary. His musical talent is as good as his acting skills.”

So Ji Sub stated, “I am thankful to Bobby Kim, who has given his support and care for most of the mini album. Due to his direct involvement by singing a duet with me, the music shines even more.”

Bobby Kim will even appear in So Ji Sub’s music video. Meanwhile, as we reported before, So Ji Sub will release his personal magazine “SONICe” on March 14.

Bobby Kim
So Ji Sub
How does this article make you feel?