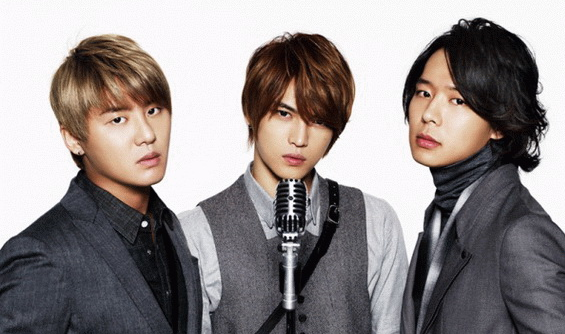 A few days ago, we reported on JYJ supposedly having verbally and physically abused female sasaeng fans (Extreme fans who stalk their idols and invade their privacy with questionable methods.). The allegations were based on an audio recorded file which spread like fire on online communities.

Days later, JYJ held a press conference in Chile where they were to perform for their fans. The JYJ members publicly apologized saying, “We want to give an apology for our unjust behavior in the past. We are sorry because of all the fans that worry for us and share our pain. In the future, we will think about the people that love us as public figures whenever we are in mentally difficult situations. We will think about the responsibility we have and never breakdown.”

JYJ didn’t deny that they hit the sasaeng fans but didn’t give more information as to what really happened either.

Today, more info were released regarding this topic. JYJ’ sasaeng fan spoke up about the incident.

On the March 10 episode of KBS 2TV‘ Entertainment program “Entertainment Tonight,” KBS’ reporters
issued an in depth coverage of the story involving JYJ and sasaeng fans.

It all started on March 6 when the media released reports about JYJ making use of verbal and physical
violence against sasaeng fans, based on an audio recorded file. KBS reporters recently met with one of the sasaeng fans involved in the audio file who revealed, “I wasn’t the one who recorded the audio file. I didn’t know that the file was given to the press either. It all happened back in the summer 2009 when DBSK were at the peak of their popularity and were given a break because they were all quite sensitive.”

She continued by saying, “As you could hear in the audio file one of the member told me and my younger friend to come to him and the sound of hitting you heard was me being hit by him.” She then added, “The “Ah” and hitting sound you heard were made by me.” revealing that she was making the hitting sounds. “He didn’t hit me a lot though, I was hit once and as he told me to come near him I came.”

One fan who was interviewed was quoted saying, “The sasaeng fans and JYJ seem to both have done wrong. But hitting them is not the solution.”

Now that a sasaeng fan has spoke up, JYJ still are to share their side of the story as well.

If you are curious about what defines a sasaeng , check out the list of their crazy actions here.

Whose side are you on?