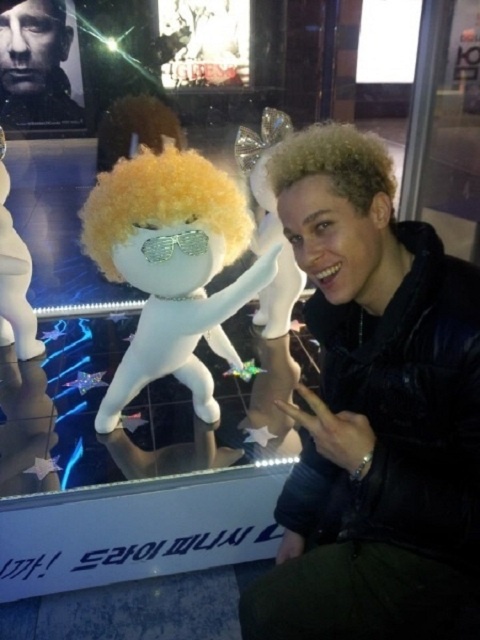 Mnet “Superstar K3” contestant Chris Golightly isn’t through with Korea, yet. Golightly, who was involved in a scandal regarding a fan, resolved last month to leave Korea. He was scheduled to leave on the 10th of March and has pushed his take-off date back to March 20. This is his third time changing his plans. On March 8, he posted to his facebook page that he was thinking about leaving Korea on the 20th of this month.

Golightly was put under a serious light after a female fan posted to his fan cafe that Golightly sexually assaulted her. In response, he said said that he would leave Korea. This most recent time, he even posted, “Hi USA, Hey Korea: [Asiana Airlines] Flight Confirmation: ****(month) 10th Incheon to L.A. 20:20PM Take-off 1 Passenger, Confirmed.” to his facebook page. However, then he changed his mind and decided to stay a bit longer in Korea. On another instance, he wrote, “I’ve spoken the truth, but some don’t believe me. What do I have to gain from lying? Yes, I’ve dated some girls, but what’s wrong with that?” He continued, “I just want the truth to be known. Where’s the evidence for these rumors? I was just using Kakao Talk Messenger. But the mass media made something out of nothing and now I’m finished. There’s no truth here.”

Netizen reactions were on the harsh side, asking why he was still in Korea and saying that he should just head back to the US.

Chris Golightly
Mnet
Superstar K3
How does this article make you feel?