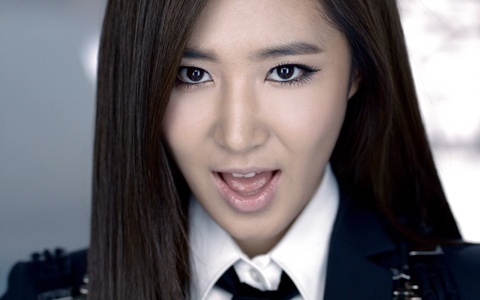 Girls’ Generation’s Yuri is under fire for acting racist two years ago during an episode of KBS’s “Invincible Youth,” where she starred as one of the fixed members. During the episode, Yuri had to do an impersonation of an African American. In the video, Yuri makes various facial expressions and gestures while saying “you die.”

The clip of Yuri “acting black” has belatedly caught the eye of foreign netizens, who were already sensitive due to the recent blackface controversy on MBC’s “Sebawki.” With Hallyu gaining more foreign fans by the day, such actions by one of the most popular hallyu stars have shocked and offended netizens abroad.

Local netizens commented, “I saw the video, but I don’t know…” I understand why foreigners may be upset, but she was just trying to be funny,” “It’s harmless,” “Why is this becoming an issue now?” “I don’t think she was trying to do an impersonation of a black man,” and more.