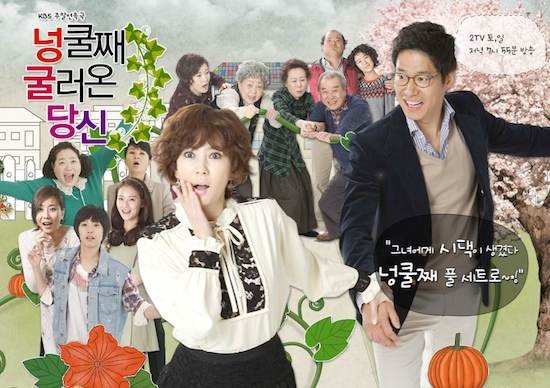 "My Husband Got a Family" Achieves 30% Ratings Faster Than Expected

KBS’s weekend drama “My Husband Got a Family” (also known as “Unexpected You”) follows the strong showing of its predecessor “Ojakgyo Brothers” with a 30% audience share rating. According to reports from local news agencies, AGB Nielsen ratings show that “My Husband Got a Family” posted a 32.8% rating for the episode aired on March 10, which was only the drama’s sixth show.

“My Husband Got a Family” got a boost from the performances of its leads Kim Nam Joo (“Queen of Reversals”) and Yoo Joon Sang, who play the married couple at the center of the drama. Veteran actress Yoon Yeo Jung (“The Housemaid”) plays the unreasonable mother-in-law.

The drama is planned for 50 episodes and will feature many cast members yet to be introduced. CN Blue drummer Kang Min Hyuk is slated to appear as Kim Nam Joo’s younger brother. “We Got Married” and M4’s Kim Won Joon is also in the cast.

The achievement of more than 30% ratings on its sixth episode was reportedly more than what the drama’s production staff expected. Meanwhile, the drama’s boards on its official site are indicating viewers’ increasing interest in “My Husband Got a Family.”