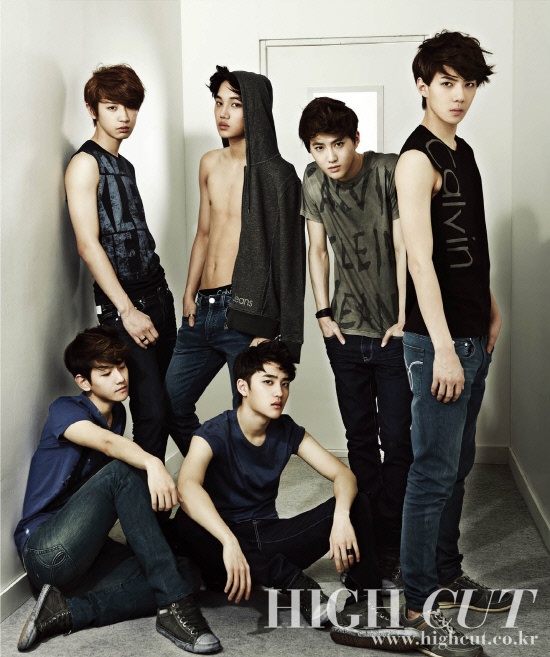 SM Entertainment’s new group EXO-K is already a fashion icon even before its debut! The members of EXO-K were chosen as models for Calvin Klein Jeans. They also made the cover for “High Cut” magazine.

In the photoshoot for “High Cut,” the members of EXO-K are shown wearing Calvin Klein Jeans with the concept “Boys of a Relaxing Afternoon.” The first exclusive photoshoot of EXO-K will be released on March 15 via the 73rd edition of “High Cut” magazine. Unreleased cuts will also be available at “High Cut” online.(www.highcut.co.kr)

If you haven’t seen it already, you can view the rehearsal practice videos of EXO here!

Calvin Klein
EXO-K
How does this article make you feel?