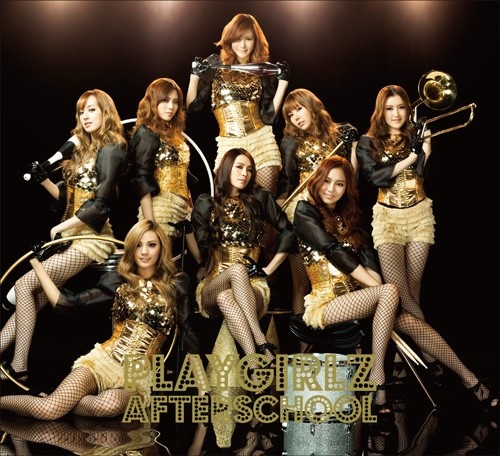 After School Begins Their Conquest of Japan

After School officially kick started their promotions in Japan with the release of their first Japanese album, “Playgirlz,” on March 14. This album comes with four of their previous hit singles including, “Diva,” “Because of You,” “Bang,” and “Shampoo,” as well as their unit group Orange Caramel’s “Shanghai Romance” as a bonus track.

The album also contains eight of their Japanese singles, such as “Rambling Girls,” “Broken Heart,” and “Gimme Love.” With a total of 13 tracks, “Playgirlz” fully represents After School’s various charms.

In fact, “Playgirlz” ranked at #6 on Japan’s Oricon Charts on the day of its release, showing the growing popularity of the girls in Japan. The group has already been featured on the wall poster of Shibuya 109, one of the largest department stores in Tokyo, and a number of different luxury items in Japan.

Meanwhile, After School will embark on their first Japanese tour on April 27, visiting Tokyo, Nagoya, and Osaka. In case you haven’t heard any of their Japanese singles, here’s the MV of the Japanese version of “Bang.” Enjoy!

After School
Diva
Orange Caramel
Playgirlz
Shanghai Romance
How does this article make you feel?