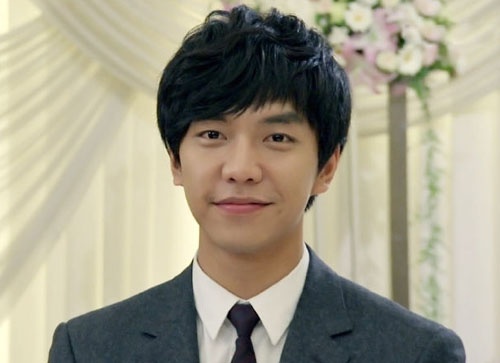 Singer and actor Lee Seung Gi is set to warm our hearts for the coming spring. His face will be on the March/April edition of Japanese Korean Wave magazine “KANSTYLE.” This is a special edition, created in conjunction with his Japanese debut.

In the magazine interview, he talks about the preparation that went into his Japanese debut, his thoughts and feelings about the Japanese versions of “Love Time” and “You’re My Friend,” and about his upcoming MBC drama “The King 2Hearts” (airing from March 21). For his Japanese fans, he’s prepared a discography which covers the past nine years of his musical works. He will also talk about his drama “My Girlfriend is a Nine-Tailed Fox,” and readers will be able to take a look at the fabulous body of the “CF King.” The cover picture is in black and white. Lee Seung Gi is wearing a black hat, a black and white pattern jacket and a plain white t-shirt. Of course he’s giving us a coy grin.

While his appearance in this magazine is in commemoration of his Japan debut, unfortunately, the whole magazine is not dedicated to him. Hopefully this won’t disappoint his fans too much. If you’re interested, check out the MV for the Japanese version of “Love Time.” What do you think?

Lee Seung Gi
The King 2 Hearts
How does this article make you feel?