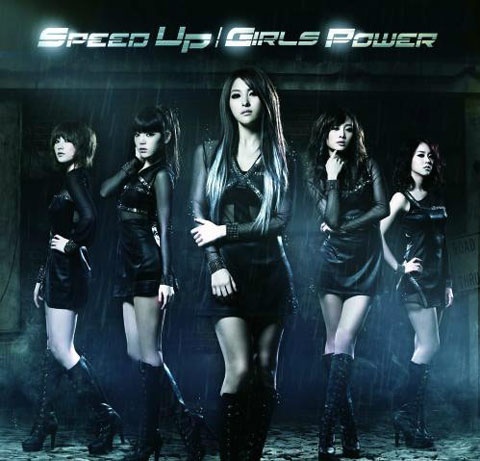 Kara has come out with yet another Japanese commercial!

This time, it’s for C3 vitamin eye drops made by the pharmaceutical company Rohto. The commercial premiered on the Japanese morning talk show “Mezamashi TV.” During the shooting, the members had to tackle a difficult scene. In that scene, the members step aside as an elevated camera…and a cameraman, pass between them. During an early try and mishap, Nicole said, “Scary! What speed!”

After getting used to the speed of the cameraman, they easily mastered the scene. Moreover, their bright smiles and fun personalities kept the mood light and the staff members said that they enjoyed filming with Kara. Kara will release their newest Japanese single “Speed Up/Girl’s Power” on March 21. The eye drops commercial will be aired throughout Japan from March 21. Check it out below!

As you may remember, Rohto Pharmaceuticals is the company that had contracted Kim Tae Hee to model for them. Unfortunately, her ads have been pulled due to protests from some Japanese internet groups and concerns for her safety. I was able to find a clip of the commercial she starred in. Take a look, and tell me what you think about both commercials!

KARA
Kim Tae Hee
Nicole
How does this article make you feel?