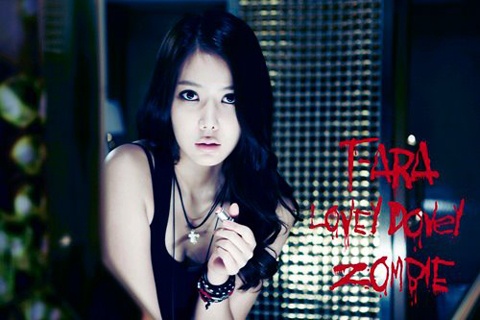 T-ara "Lovey Dovey" MV’s Im Soo Hyang Joins Kim Sun Ah and Lee Jang Woo for "I Do, I Do"

“New Tales of Gisaeng’s” Im Soo Hyang has been added to the cast list of upcoming rom-com drama “I Do, I Do,” starring Kim Sun Ah and Lee Jang Woo. Earlier today, the actress wrote on her me2day, “Today feels like spring. I’ll be working with Kim Sun Ah, someone who I have always respected and admired. See you in May~~ ♥ and attached a lovely selca.

In 2011, Im Soo Hyang won the New Star Award at the “2011 SBS Drama Awards” for her role as Dan Saran in the “New Tales of Gisaeng.” However, overseas drama fans will probably know her more for her role as Lee Yeon Hee’s younger sister in “Paradise Ranch,” also starring DBSK’s Changmin. Earlier this year, she made headlines by starring in T-ara’s music video for “Lovey Dovey.”

“I Do, I Do” is a romantic comedy that hopes to break the accepted social norm in kdramas (and Korean society in general) where a thirty-something year old female needs to be swept off her feet by a young and wealthy gentleman. In the series, Kim Sun Ah will play Hwang Ji Ahn, the best designer at a footwear company who has the complete package of brains, beauty, and talent. Not only is she good at her work, she’s also fashionable and cultured. Lee Jang Woo will play Park Tae Kang, a walking disaster – who, aside from his handsome appearance, is nothing close to being a prince. While he used to copy designs from well-known brands, he gets accepted as a new recruit at Hwang Ji Ahn’s company. “I Do, I Do” will premiere on MBC this May following Lee Seung Gi and Ha Ji Won’s “The King 2hearts.”