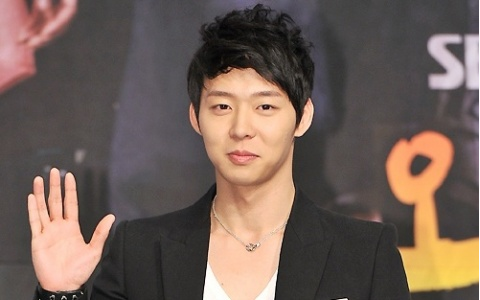 Park was said to look worn out and thinner; however, he personally bowed and greeted all the staff members and fellow cast. Han Ji Min, Lee Tae Sung, and Jung Yoo Mi each grasped Park’s hands and expressed their condolences for his loss.

Producer Shin Yoon Seob spoke with Park separately and comforted the actor and thanked Park for returning to the set. After the two had spoken in private, the staff and cast resumed filming.

Even though it was his first day on the set after his father’s passing, Park worked as hard as he could, and all the other actors also worked even harder and concentrated more than before.

“Rooftop Prince” is scheduled to air its pilot episode on March 21.