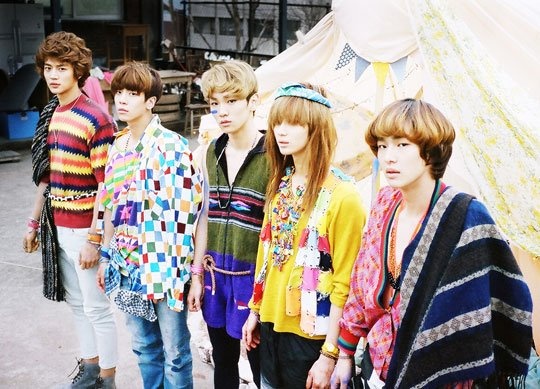 SHINee is finally back! After the release of a teaser video and the medley tracks, the group has finally unveiled the full music video to their new song, “Sherlock.”

“Sherlock” is a medley of “Clue” and “Note,” two tracks from the album. The song is a hybrid of the two songs mixed together to make a totally new sound. In the video, the boys are dressed up as detectives sleuthing around and showing off their dance skills. The music video also features fellow labelmate, Jessica from Girls’ Generation in one of the scenes.

“Sherlock” was released last March 19 via iTunes and online Korean music stores. The physical release of the album will be on March 21. SHINee is scheduled to make their comeback performance on Mnet’s “M! Countdown” on March 22.

Check out the music video here and stay tuned to Soompi for more updates!

SHINee
Jessica
How does this article make you feel?