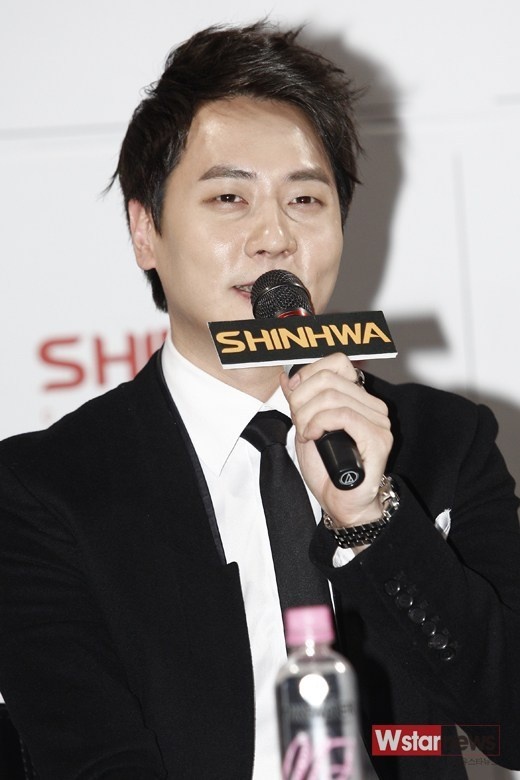 On the March 20 episode of KBS 2TV ” Kim Seung Woo’s Win Win,” the members of Shinwha revealed stories as well as the hardships they encountered since their debut in the music industry 14 years ago.
On this episode, member Andy revealed the behind the scenes of the promotional activities of Shinhwa’s fourth album “Hey Come On!”

Andy explained, ‘I couldn’t do otherwise but to back off the fourth album promotional activities. My mom who was living in the U.S was very sick, so I had to leave for the U.S.” he said, with a wavering voice and tears in the eyes.

He then added, “My mother’s hospital fees were no joke. So I went back to Korea because I needed money but I couldn’t go back to Shinwa’s dorms, I had no place to go. So I lived alone in a goshiwon (small student room of about five square meters consisting of a bed and a desk). I couldn’t afford going to the beauty salon and couldn’t take a taxi in fear that someone would recognize me. In the end, my hair grew and I struggled not to face people fearing that they would know who I was.”

Andy said on the show, “I couldn’t fall asleep if I didn’t drink a bottle of soju and aspirin.” surprising the studio with his painful confessions. Andy
KBS 2TV
Win Win
How does this article make you feel?