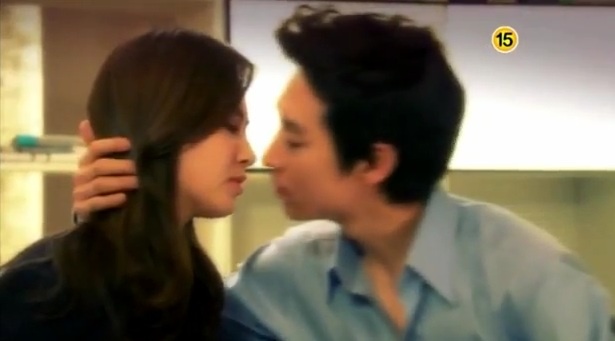 On March 20, SBS “Fashion King” showed a 30-second preview of its upcoming third episode. In the preview, the Girls’ Generation’s Yuri was briefly seen kissing Lee Jae Hoon, making fans wonder how the storyline will develop in the future.

On the March 20 episode, Lee Jae Hoon offers Yuri, who’s a prominent fashion designer in New York City, a job at Jay Fashion, the company that he runs. Yuri, however, rejects the offer without much thought, showing discomfort over her ex-boyfriend’s unexpected friendliness.

Despite the cold treatment, Lee Jae Hoon still leaves the offer on the table, saying, “This is the best that I can do.” After he leaves, Yuri stares at the offer sheet with a look of confusion, making viewers question what her actual feelings were—especially, with the kiss scene that followed in the preview.

Girls' Generation
Fashion King
Yuri
How does this article make you feel?