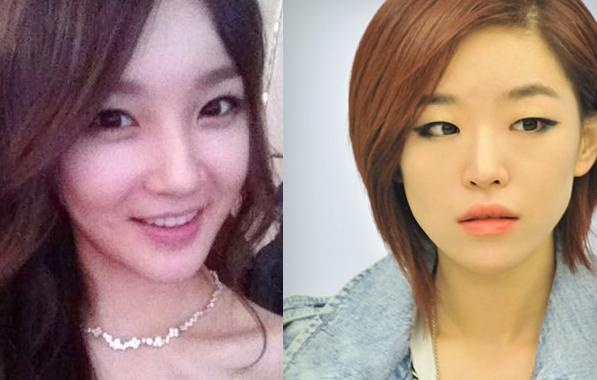 Who Wore It Better: Ga In vs. Kang Min Kyung

Brown Eyed Girls’ Ga In and Davichi’s Kang Min Kyung have been captured wearing the same dress, which is becoming a hot topic.

Netizens who came across these photos commented, “Both of them are pretty,” “Is it because it’s a photo shoot? My eyes are drawn more to Ga In,” “Why does the dress look plain on Kang Min Kyung?” “That’s a hard dress to pull off – both look very good,” and a lot more.

Meanwhile, Ga In recently released “For You Not To Know” for Yoon Il Sang’s 21st anniversary celebratory album.

Brown Eyed Girls
Davichi
Ga In
Kang Min Kyung
How does this article make you feel?