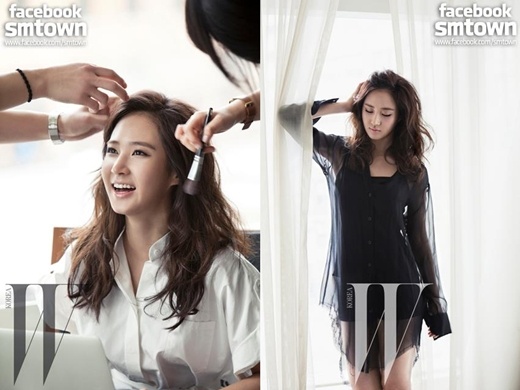 In the photos, Yuri put aside her cute charms that she so often showed as a member of Girls’ Generation and instead, transformed into an enchanting woman. Yuri’s transformation into a mature and alluring woman has captivated the eyes of many people.

Netizens who came across the photos commented, “I think Yuri is the sexiest member of Girls’ Generation,” “I thought she was young but her body is smoking,” “Yuri is the best at a classy sexiness,” “Perfect legs, flawless body,” and much more.

Meanwhile, Yuri is playing a fashion designer for a world-renowned luxury brand for the SBS drama, “Fashion King.” She is co-starring with Yoo Ah In, Shin Se Kyung and Lee Jae Hoon.

Check out some of the photos from the spread plus some BTS photos as well!

Yuri
How does this article make you feel?