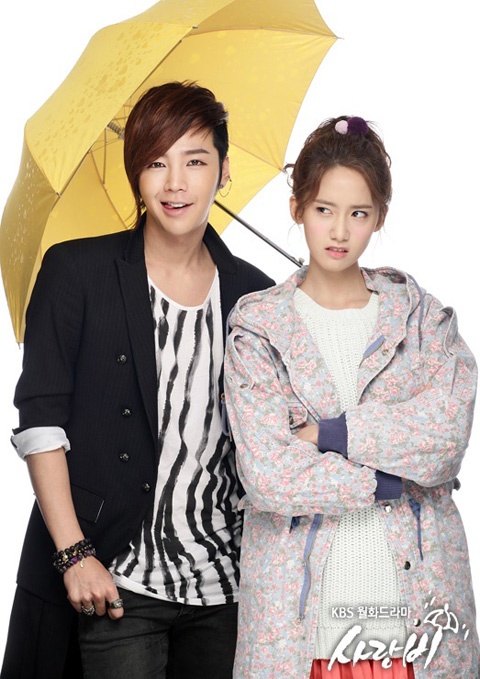 Even before its broadcast, upcoming KBS melodrama “Love Rain,” starring Jang Geun Suk and Girls’ Generation’s YoonA, has received tremendous media attention not just in Korea but also internationally. According to a representative from the drama, “Foreign press, along with Korean media outlets, will attend today’s press conference. The attendees include reps from China’s “Xinhua,” Japan’s “Sankei,” Japan Fuji TV, and some American and French outlets as well.”

He continued, “We have more than 80 people from thirty-some foreign outlets, as well as 350 people from 140 domestic outlets, attending the press conference today.”

With this generation’s greatest hallyu stars like Jang Geun Suk and Girls’ Generation’s YoonA lined up, along with director Yoon Seok Ho and writer Oh Soo Yeon – the masterminds behind hallyu classics “Winter Sonata” and “Autumn in My Heart” – it doesn’t come as a surprise that “Love Rain” is receiving such explosive attention even before its premiere.

“Love Rain” is a melo-love story set in two different periods – the 1970s and 2012. Jang Geun Suk and YoonA play Seo In Ha and Kim Yoon Hee, two college students who fall in love with each other in the 1970s; unfortunately, the two do not get their happily ever after. Fast forward to the present, Seo Joon, In Ha’s son (also played by Jang Geun Suk) meets and falls in love with Ha Na, Yoon Hee’s daughter (also played by YoonA). Jang Geun Suk’s 1970s Seo In Ha is a romantic arts student who is willing to lay down his life for the love of his life. His son Seo Joon, on the other hand, is a carefree photographer who enjoys a freewheeling lifestyle. YoonA’s 1970s Kim Yoon Hee is a pure, elegant “campus goddess,” while her daughter Ha Na is a bright and lovable character. Check out the preview here with subs!