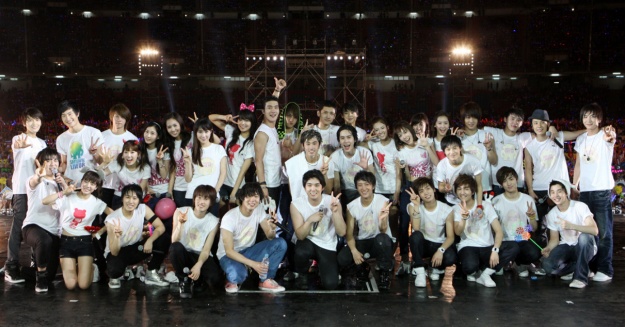 The interior of the big three entertainment companies’ (SM, JYP, and YG Entertainment ) offices have been garnering much attention recently when these offices were revealed on the SBS “K-Pop Star.”

In response to the great attention and popularity, the Kangnam district in Seoul recently announced that plans are under way to create a tourist attraction surrounding the neighborhoods of Korea’s top three entertainment companies, SM, JYP and YG Entertainment by May 2012, calling it the “Hallyu Belt.”

Here is a closer look at the SM Entertainment’s two office buildings:

The first building (SM Headquarter) is located in the neighborhood of Apku Jung, one of the most affluent neighborhoods in Korea. This office is located next to the famous Galleria Department Store, where you can spot many celebrities. SM’s Founder and Chairman, Lee Soo Man is the owner of this property, valuing at approximately $36 Million USD. All of SM’s contents are produced here. There are four recording studios and three dance studios, with the founder’s office located on the third floor.

SM’s new second building (remodeled and moved in November 2010) is located in Chungdam dong, with two underground levels and eight levels above ground. The lobby is decorated with much modern and chic style with an enormous LED screen. The top floor is designated as the “Sky Lounge.” The “Sky Lounge,” which appeared in the “K-Pop Star,” has the view of the Han Kang (Han River) through its glassed walls. It also employs full time baristas who serves coffee and other pastries at the company’s expense.

Except for the lobby and the 8th floor, the rest of the building is dedicated as office space which houses Global Buisness, Marketing, Foreign Marketing, and other departments.