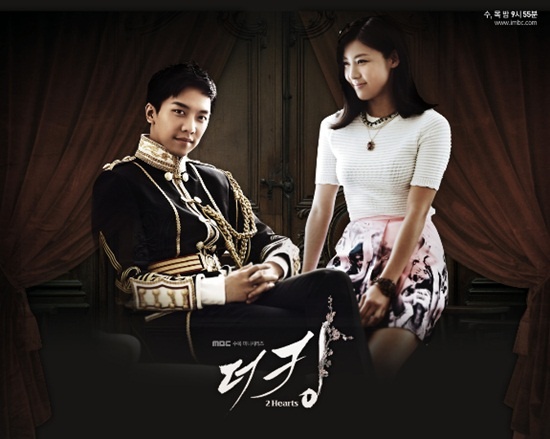 “The King 2hearts” has kicked off to a great start, grabbing the first place slot for viewership ratings.

According to the AGB Nielson Media, on March 21, the ratings for MBC’s “The King 2hearts” was 16.2%. During this episode, viewers watched Lee Jae Ha (played by Lee Seung Ki) meet Kim Hang Ah (played by Ha Ji Won) for the first time. It seems like “The King 2hearts” will have a great start of around 20% viewership ratings for its first few episodes.

Ha Ji Won’s character left a strong impression as she displayed a cute charm but a powerful image at the same time. Lee Seung Gi also nailed his role as a free and slightly rebellious king, showing a comic as well as a dramatic side.

On this day, the three major broadcasting companies, MBC, KBS and SBS all launched their new Wednesday/Thursday dramas at the same time. There was a lot of speculation and anticipation to see which drama would rise to the top. “The King 2hearts” had some pretty tough competition but enjoyed their first win at the top.

Ha Ji Won
The King 2 Hearts
How does this article make you feel?