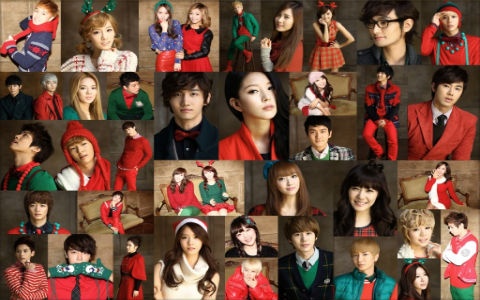 Who Are the Top Candidates for Leads in Upcoming SM Entertainment’s Drama?

As reported last year, SM Entertainment will be producing a new drama titled “To the Beautiful You,” a Korean adaptation to the mega-popular Japanese manga “Hana Kimi,” which sold over 17 million copies. After a short pause, the drama has resumed its production.

SM has partnered up with the director of “Boys over Flowers,” Jeon Ki Sang, for “To the Beautiful You.” A representative of SM Entertainment announced, “We have resumed productions and plan on broadcasting this year. We will start filming as soon as we complete auditions for the roles.”

“To the Beautiful You” will be broadcasted on SBS, and there is a high possibility that the drama will take over the Monday-Tuesday night slot this July. A representative of SBS stated, “It [the broadcasting schedule] hasn’t been set in stone, but the story is about high school students. Therefore, it will probably aim for a summer broadcast.”

The original manga has had a Japanese drama version created in 2007 and a Taiwanese version produced in 2006. Both versions were extremely popular. The story is about Mijukiga, an extreme fan girl of athlete Sano, who moves from her home in America to Japan where Sano lives. She impersonates a guy to attend Sano’s boys only high school. The drama will detail the lives of the school’s pretty boys. SM Entertainment has a slew of good-looking male idol stars who would be perfect for the parts.

Due to unforeseen circumstances, the drama’s production had been postponed for a year. However, over the past year, SM Entertainment has been meticulously planning and preparing. It’s been said that SHINee’s Minho and f(x)’s Sulli are the top candidates for the lead roles, exciting fans.

What about Soompiers? Who do you want to see as the female and male leads in “To the Beautiful You?”