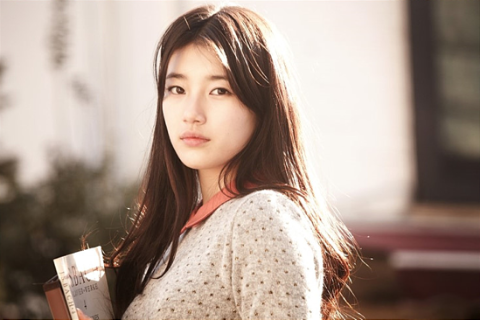 miss A’s Suzy will return to the small screen…as a cameo appearance on KBS’s daily sitcm “I Need an Angel,” starring Cha In Pyo. She will play the role of an aspiring actress, who can’t act to save her life. Suzy will have a lot of scenes with Cha Se Joo (Cha In Pyo) and his son Cha Gook Min (Park Min Woo).

Producers stated, “In the series, Suzy will play an aspiring actress who will stimulate Park Min Woo, who is also an aspiring actor. By watching Suzy, he will come to realize his lacking acting skills and strive to improve them.”

It’s been said that Suzy already completed filming her scenes on March 19. The producers continued, “Initially, Suzy was slightly awkward because she didn’t know any of the cast members, but she became used to them quite fast. She showed off her bright and bubbly charms.” The episode featuring Suzy’s cameo will hit the airwaves on April 3.

Meanwhile, Suzy has made a name for herself as actress Bae Suzy through her role as Han Ga In’s younger counterpart in the movie “Introduction to Architecture.”

Suzy
Cha In Pyo
Dream High
Introduction to Architecture
miss A
Touch
How does this article make you feel?