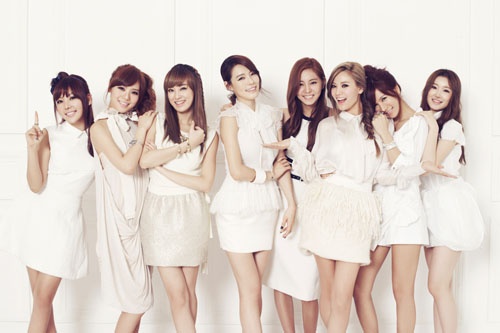 After School’s “A Little Deeper, Shake Me Around, Make Me Tingle” Lyrics Deemed Not Harmful for Teenagers

After School’s agency Pledis won their case to repeal the “Harmful Media for Teenagers” status on March 23. The case was for the song “Funky Man” on After School’s 1st official album “Virgin.”

Back in July 2011, the Ministry of Gender Equality and Family (MOGEF) put the “Harmful Media for Teenagers” status for “Funky Man.” The reason was for the explicit lyrics in the song, that the lyrics would be a bad influence for teenagers.

Then on October 2011, Pledis appealed the decision stating “The lyrics only expressed a cheerleader, it has nothing to do with being explicit. Currently, the decisions by MOGEF lack objectivity and are getting overturned. We hope that a standard for judging the music will be established so that justified decisions will be made in the future.”

The lawyer representing Pledis stated, “The MOGEF did not have any evidence about the lyrics being sexual. They made an arbitrary decision and we knew that our chances of winning the case were strong.”

The controversy was caused over the following lyrics from “Funky Man”:

“Oooh Ooh, a little deeper / shake me around / try and seduce me / for my chest that is pumping / O.K make me tingle like that oh oh oh”

What do you think? Are the lyrics explicit?