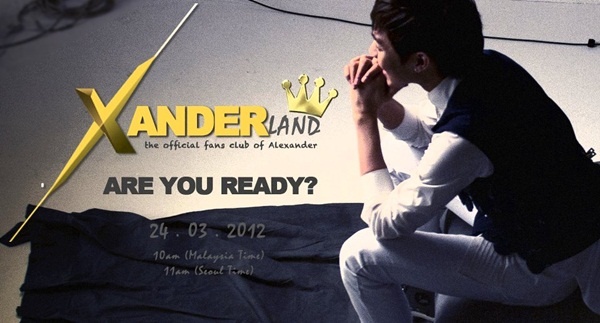 In appreciation of all the love and support by the fans, Alexander has requested his management company to build a channel that enables him to interact with his fans.

“XanderLand” members will get the privileges of knowing the exclusive news and schedules of Alexander, viewing his back stage scene teasers, and hearing messages from Alexander himself. There is a possibility that the fans could have live chat sessions with Alexander in the future.

He has been cast in Channel A’s Wednesday-Thursday drama “Immortal Masterpiece” as the character also named Alexander. The first broadcast of the drama was on March 14.

He also uploaded a video through his company’s YouTube channel to announce his fanclub’s name. It was officially launched on March 24.

Alexander
How does this article make you feel?