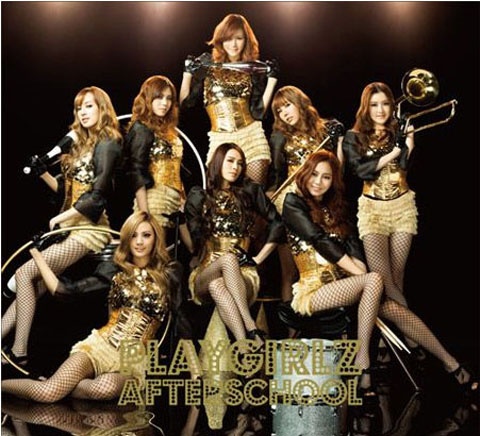 After School‘s Nana will be a regular on TV Tokyo‘s “Tokyo Brandnew Girls.” The show, which will start airing from April 1, is aimed at young women and focuses on fashion and beauty.

During the recording for the first show on March 23, a runway was built on set. The panelists coordinated clothing following the newest trends and put on their own fashion show. They also covered various fashion and make-up tips. While a gathering of famous faces is one big point to this show, another is the high fashion brands that they will introduce. Members of the show will introduce brands that many of us regular people would love to see, but are unable to.

Nana will be appearring on the show as a part of a panel consisting of fashion magazine model Kinoshita Coco, talent Yuuki Maomi, Yasuda Misako and others. The Japanese panelists are well-known in their various fields, but Nana doesn’t have to worry. She has graced the cover of Japanese fashion magazine “SWAK” and was chosen as a main model for the “Tokyo Girls Collection 2012 Spring/Summer.”

You need not worry about Nana neglecting her After School duties, either. The group released their first full Japanese album, “PLAYGIRLZ,” on March 14, and it reached number six on the Oricon charts. After School has also been tapped to model for the handbag brand “Samantha Thavasa” in Japan.

Netizens who heard the news about Nana commented, “She’s making her first [solo] appearance on Japanese TV. I wish her luck,” “Nana’s doing quite well in Japan,” and “It looks like Nana’s very popular.” Take a look at a clip from their song “Rambling Girls” below. Anyone else looking forward to this show?

After School
Nana
Playgirlz
Tokyo Girls Collection
How does this article make you feel?