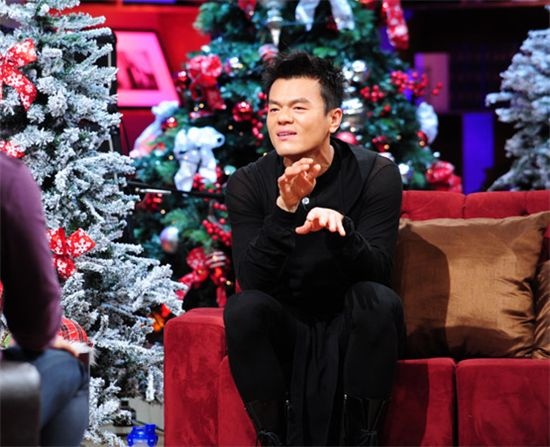 On March 27, Park Jin Young (JYP) tweeted a photo of him standing in front of his brand new restaurant in New York City. He wrote, “Finally, I came to the grand opening event of Kristalbelli, JYP’s first restaurant/lounge in New York City.”

He continued, “I’m so nervous. Now, it’s officially open to you all. Now you know where I’m going to be at every night when I’m in New York?^^”

In the photo, JYP is seen formally dressed up, sporting a new type of hairstyle. His facial expression explains how excited he is with the grand opening of his first restaurant in Manhattan.

Kristalbelli is advertised as “The next upscale Korean BBQ restaurant in NYC by JYP Entertainment.” It’s located in the heart of the city at 8 West 36th Street (between 5th and 6th avenues). You can learn more about the restaurant/lounge at their official site here or Facebook page here!

JYP
Park Jin Young
How does this article make you feel?