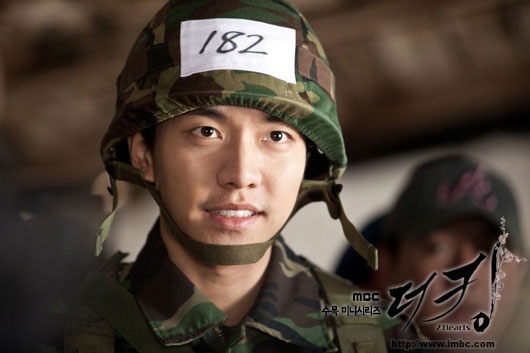 Lee Seung Gi has attracted attention for his military track suit in “The King 2Hearts.” On the second episode of the drama aired on March 22, the actor was seen in a camouflage-print track suit that is accented with ruffles on the chest. Local news agencies reported that the attention-grabbing design is a work by Los Angeles-based designer Jeremy Scott.

Jeremy Scott is known to K-Pop fans for having designed outfits for and being friends with 2NE1. He has also worked with 2NE1’s fellow YG Entertainment artists Big Bang.

The Jeremy Scott ruffled military track suit in the drama is drawing comparisons to Hyun Bin’s in “Secret Garden.” Viewers will recall that Hyun Bin has made the glittery tracksuit a very popular item.

Lee Seung Gi
Jeremy Scott
The King 2 Hearts
How does this article make you feel?