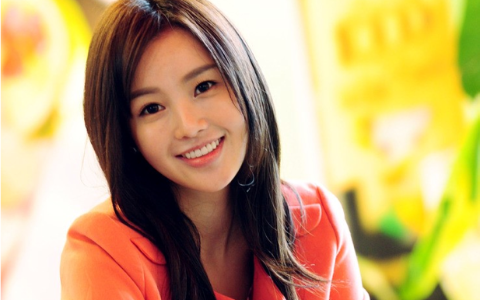 On March 28, singer-turned-actress Nam Gyuri (“49 Days”) updated her fans with several photos on her twitter. She wrote, “Do I look like an Anna Sui doll ^^? It’s been a while. Taken in December with the dolls from Anna Sui” along with seven photos. She also commented,” I look scary…haha”

With ghost-white skin and big eyes, Nam Gyuri looked like a doll, similar to the one she was holding in other pictures

Netizens commented, “You do look scary,” “Pretty, but I would be afraid of you if I saw this at night,” “How cute, you look like your doll,” and more.

Meanwhile, Nam Gyuri is currently in China, busy filming her new Chinese drama “My Forgetful Girlfriend” with Jang Woo Hyuk and Ga Nae Ryang. “My Forgetful Girlfriend” is a romantic comedy about a series of funny encounters that results when the female lead (Nam Gyuri) loses her memory. Nam Guyri will be playing a beautiful billionaire heiress who loses her memory and moves into the male lead’s house as a nanny.

49 Days
Jang Woo Hyuk
My Forgetful Girlfriend
How does this article make you feel?