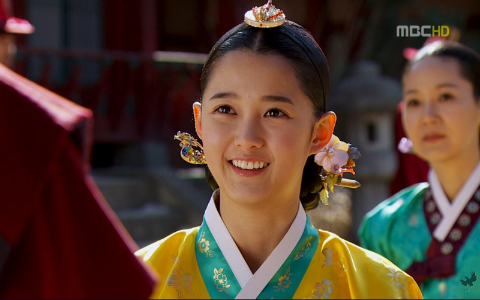 "The Moon that Embraces the Sun’s" Nam Bora Has 12 Siblings!

On March 30, MBC “Good Day” featured two families, one from Seoul and one from Gumi, which had 13 children each. The sheer number of children per family was enough to shock the audience, however, viewers were surprised to see that one of the families was Nam Bora’s, aka Princess Minhwa in “The Moon that Embraces the Sun.” Her parents, Nam Sang Don and Lee Young Mi, along with several of her siblings made an appearance on the morning show.

It’s been belatedly revealed that this wasn’t the Nam familiy’s first TV appearance. Several years ago, they had appeared in KBS “Life Theater “ and MBC “Our Sunday Night – Chorus of Angels.”

As a result, the segment also showed the growth of the thirteen siblings over the years.

The Moon That Embraces the Sun
How does this article make you feel?