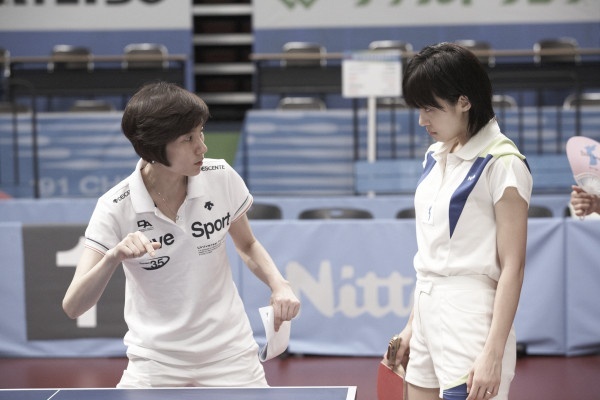 Both actresses have been training underneath Hyun Jung Hwa. Ha Ji Won said of the film, “It was difficult because I had to put in my emotions whenever the ping pong ball went back and forth. This was the most difficult project I had to do. I was able to do it because of the help from Hyun Jung Hwa.”

Hyun Jung Hwa gave her remarks on Ha Ji Won, “Ha Ji Won was a pro. Whenever she would be playing ping pong in order for filming, the judges commented that it looked like she was doing the real thing.”

In order to make the movie more realistic, Bae Doo Na practiced with her left hand because her character was left handed. She said, “It was more difficult because I had to practice with my left hand. A lot of times I felt like I was at the end of my stamina. However, I tried very hard and boosted my confidence and focused while filming.” Hyun Jung Hwa said of Bae Doo Na, “She really absorbed Lee Boon Hee’s role.”

“Korea” will be released in May.